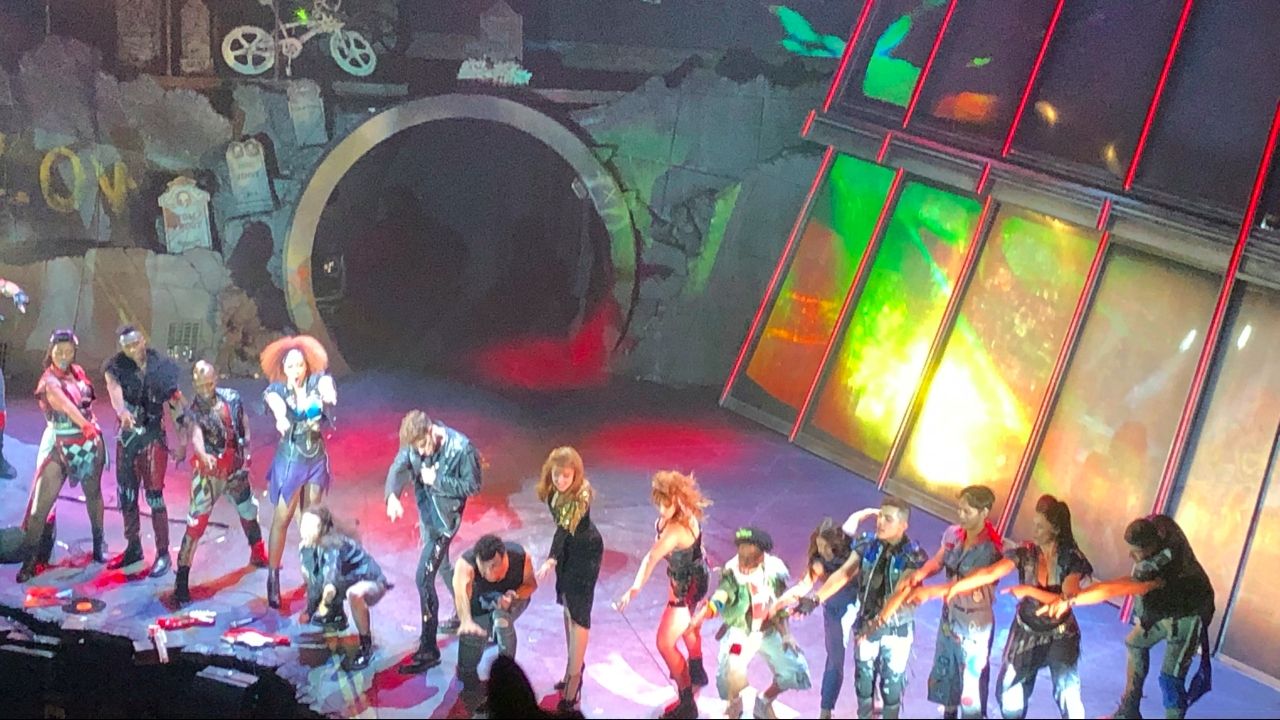 NEW YORK, NY; AUGUST 5, 2019—Let me say right off the bat (duh; that would pass for quality dialog here) the theatrical spectacle Bat Out of Hell was worth every penny (I paid under $50 a seat). I haven’t heard this much laughter at City Center since I saw Richard Pryor there in 1978.

Listen, folks, no one ever accused Jim Steinman of writing anything that wasn’t overblown, so it’s fitting that everything about this Bat Out of Hell is over-the-top. The sets, the slo-mo motorcycle, the awful video-verite…

The songs carry themselves in arrangements that, for the most part, pay due respect without purely imitating the classic originals, be the originals from the iconic Todd Rundgren-produced Meatloaf Bat Out of Hell album or the Celine Dion hit bag. As my son pointed out, the audience seemed even more confused than it had been when Steinman’s It’s All Coming Back to Me Now started up, probably not realizing the same man wrote both.

The audience giddily bopped along and cheered the songs, and hooted, howled and “What the hell are they doing”’-ed the rest of the time. Literally. “Oh, my god, what are they going to do next?” asked the incredulous couple behind me. Several times.

The choreography was pedestrian at best. And when I say pedestrian, for the leads who couldn’t dance that meant being relegated to dropping to their knees and pushing their way along the stage floor. Several times.

It’s definitely a night’s entertainment, just maybe not how the creators intended.