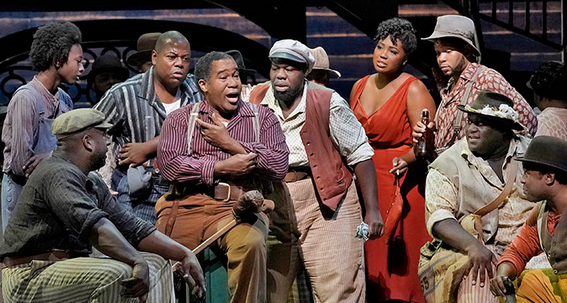 Until recently at the Metropolitan Opera, my all-time favorite performance of Porgy and Bess was in 1971 at an outdoor theater on Lake Constance in Bregenz, Austria. No doubt the setting had something to do with it: When the residents of Catfish Row headed by boat to Kittiwah Island, they did in fact get on a boat, which circled out behind the stage before returning for the next act. It didn’t hurt, either, that William Warfield sang Porgy, as he did on a great recording I loved (still do) which featured Leontyne Price as Bess (in Bregenz, Joyce Bryant played Bess). 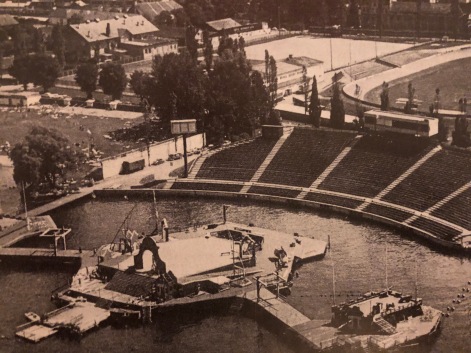 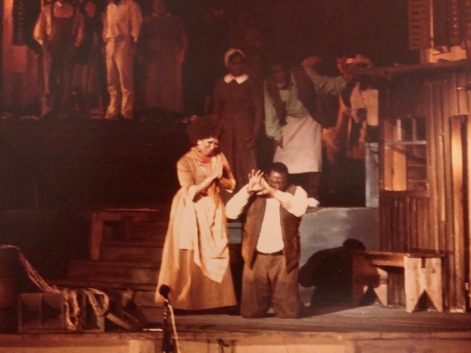 Until Bregenz, I’d only seen Porgy & Bess on film; today, the new production at the Met is the sixth live version I’ve seen.

I was seven when the film came out in 1959, and credit to my parents on many counts for bringing me to see it. Not many years later, the combination of taking piano lessons, the film, and the soundtrack and Warfield albums inspired me to head to G. Schirmer on W. 49th St. in Manhattan (any excuse to spend a few hours at this rarified sheet music and record emporium; more on that another time) and purchase the only complete vocal score I’ve ever bought. There was nothing I could really do with that score, but the recordings didn’t have enough of the music, and I wanted to have it all. No, I needed it all. [For an excellent article about the troubled history of the Otto Preminger-directed film starring Sidney Poitier, Dorothy Dandridge, and Sammy Davis, Jr., click here. I’ll just note that Poitier and Dandridge were dubbed by others; but to this day, no matter who plays Sportin’ Life, I see Sammy Davis, Jr.]

At the Met there were “only” eight dancers, but the waves they generated literally and figuratively made it seem as though everyone on stage was moving, gracefully and authentically. The Met has its own tremendously accomplished chorus, but Porgy & Bess calls for an all Black cast, and so fresh voices were recruited — and they delivered enthusiastically. The Met Orchestra played gloriously (as it almost always does). And, yes, the entire large cast, headed by Eric Owens’s Porgy and Angel Blue’s Bess was on the mark for both singing and acting, even if Owens could have used a little more power especially in the duets with Blue. I do believe this James Robinson production, conducted by David Robertson, would do the Gershwins and DuBose Heyward proud.

The other productions I’ve seen:

The Houston Grand Opera, on Broadway, with Clamma Dale as Bess; 1976

A Sherwin M. Goldman touring production based on the Houston Grand Opera version, which stopped at Radio City Music Hall; 1983

The Metropolitan Opera, with Simon Estes as Porgy and Grace Bumbry as Bess; 1985 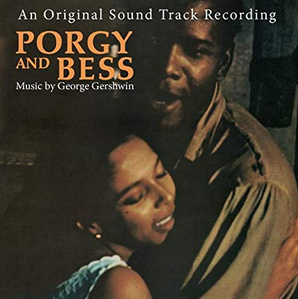 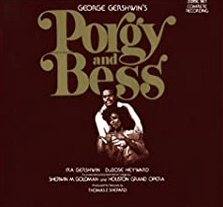 Of course, there are dozens of jazz and pop albums interpreting the score, with personal favorites by Miles Davis, Ella Fitzgerald & Louis Armstrong, and Joe Henderson, among many others. As the Met production, and many of the recordings demonstrate, this is timeless music with a deep humanity.